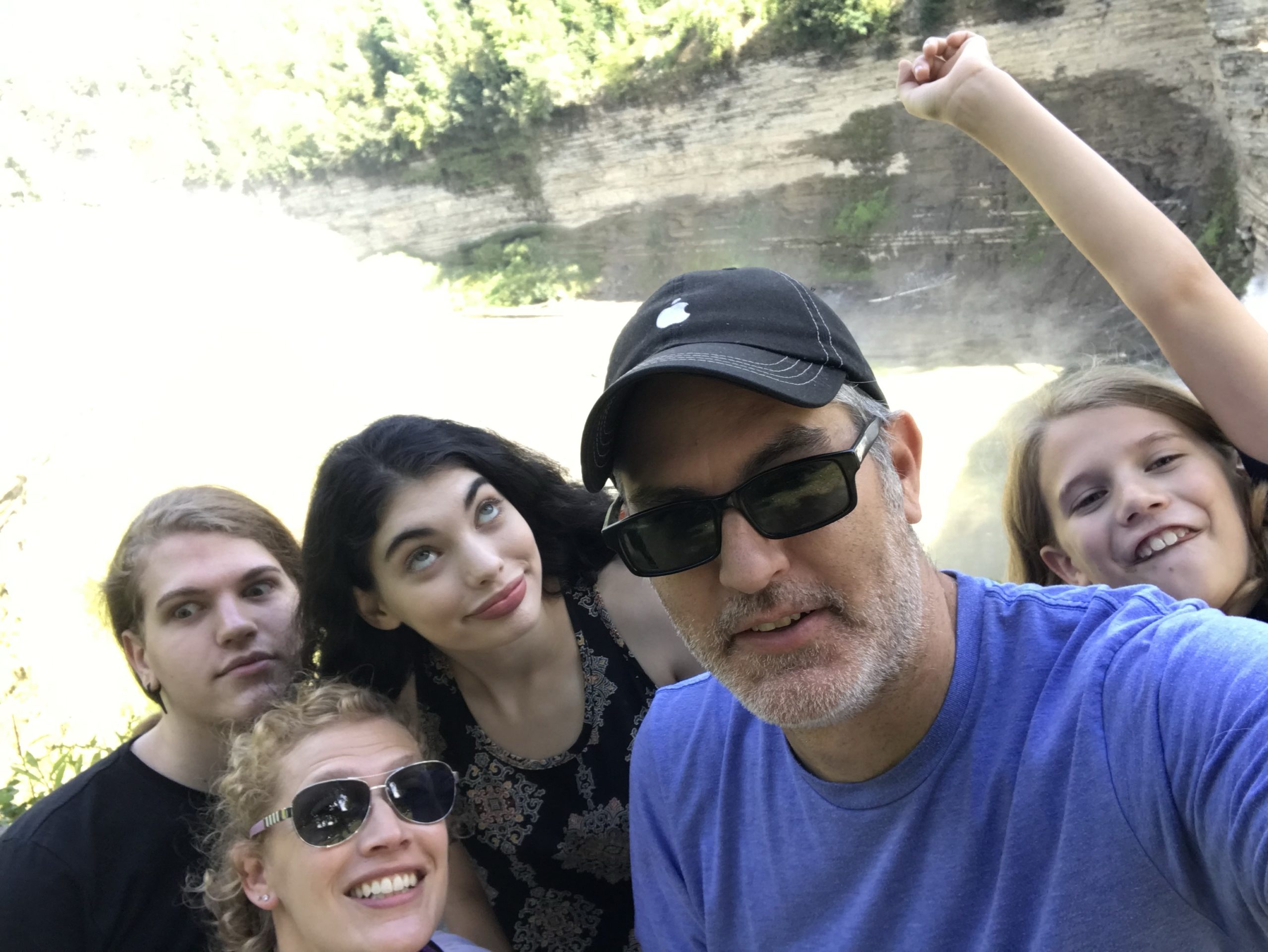 We’re the Armstrongs, and this is our personal mark on the internet. This blog started way back in 2004, when the world was pretty much exactly like is today, slightly older and more worn with a obvious thinning hairline and protruding gut, but same-ish.

We have been a family since July 1st of 1995, when Sonya and I (Paul) were married. We had our first child, our lovely daughter Abigail, in April of 1999. This began what we call our ”circus”. Abigail was followed by her brother, Elliott, in May of 2001. A full decade after his sister, we brought Luke into the tent in February of 2009. To round out our lineup of uncommon misfits were a slew of cats — Chloe, Athena, Socrates, Oliver, Midnight, India, Cash, Chester, Nico, and Odin; as well as dogs — Sirius, Lucy, Mei, Emmitt, Max, and Reya, and the occasional foster pets and beta fish.

We remain stationary; some might even say sedentary, in the Cincinnati Ohio region of the midwest within the United States. We’ve been here quite awhile, and despite dreams of living in mountains and on beaches and lakes or our true home in the UK (which we’ve never lived but also feel more kinship than within America), we do enjoy, well, tolerate it.

This is primarily a journal of my (Paul) thoughts and feelings on the long journey of being a freelance designer, father, husband, and eternal searcher for meaning, truth, and some peace and quiet. I hope that it might act as a record in this digital age of a small life, lived in a small way, in a quickly changing time.